On 12 November 1942 the Allied convoy TAG-20 arrives at the south coast of Curaçao from Trinidad. Ten escort vessels protect the joining and leaving ships, but the German submarine U-163 still manages to infiltrate the defences. The gunboat USS Erie (PG-50) is escort commander. The commanding officer of U-163, Korvettenkapitän Kurt-Eduard Engelmann, fires three torpedoes at the USS Erie at 16.33 hrs local time, close to Willemstad harbour. Lookouts on the ship see the torpedoes approach and the Erie takes evading action, but one torpedo hits her in the starboard aft section. The damage is enormeous, a second explosion follows as the ships tanks with airplane fuel blow up and a raging fire starts. In the initial attack 6 crewmembers are killed, several others are wounded.

HNLMS Van Kinsbergen approaches and lowers boats to pick up the crewmembers who are blown overboard in the attack. The damage is so intense that the Erie starts to take on water and an increasing list to starboard developes. Another escort, USS Spry, joins the Erie and tries to fight the fires with four hoses, but without success. The commanding officer of the Erie, Captain Andrew Robert Mack USN, fears that the ship may founder and he steers for the coast of Curaçao. 50 minutes after the attack, at 17.23 hrs, the USS Erie hits bottom and settles on the reef, between the Willemstad harbour entrance and Piscadera Bay.

The remaining crewmembers evacuate the burning ship shortly afterwards and swim to the beach. There the crew is mustered and it is determined that there are 6 missing and 13 wounded, of which 8 severely. During all this, other escort vessels search for the submarine, but U-163 manages to escape. Further events can be found after the overview. 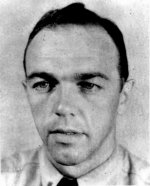 The Erie continues to burn until 17 November, after which a salvage crew boards her and determines that the ship can be salvaged. She is refloated on 25 November and towed into Willemstad harbour, where she hits and damages the historical floating pontoon bridge. She is then moored on buoys near Motortorpedoboat Base Parera, awaiting dock entry.

In the following days weight is shifted on the ship to counterbalance the list and get her on even keel for the docking. To unload the remaining fuel, the fuelbarge Luetta moors alongside on 3 December and starts to pump fuel out of the Erie the next day.

In the early morning hours of 5 December guards notice that the list of the ship is changing, without any work in progress. The alarm is raised and the barge starts pumping fuel back into the ship to stabilize her. Initially this seems to help as the listing stops, but the working crew notices new leaks in the ship. While waiting on heavy machinery to start solving the new problems, the Erie suddenly starts to move again at 06.00 hrs. She initially rights herself, but then continues on to capsize in the shallow water of the Schottegat.

The damage to the ship is now so extensive that she is declared a total loss. The Erie remains in her position until December 1952, and is then raised by the US Navy. She is towed out of port to deep water and sunk in a controlled manner on 9 December 1952.